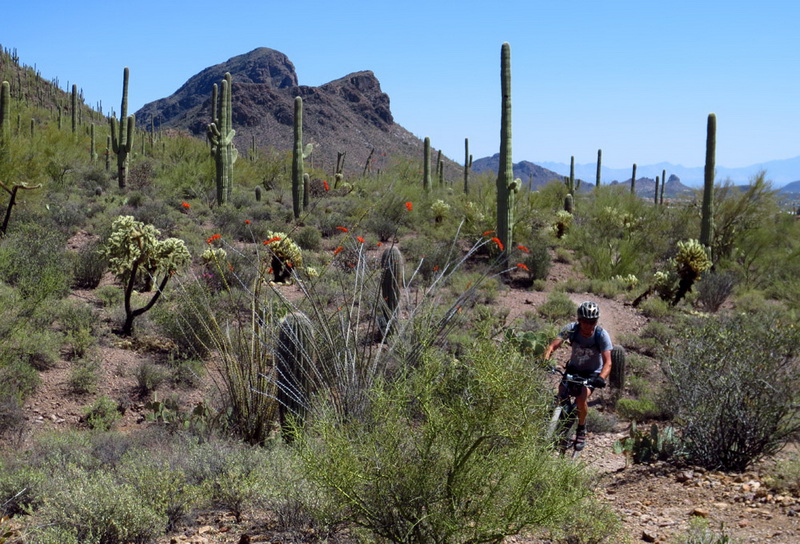 The Arizona Trail is an elaborate setting for a mountain bike adventure. The often narrow, usually rocky path traverses an entire state the hard way — across lonely deserts occupied by amusingly anthropomorphic saguaro cacti, through the intimidating arteries of deep canyons, over rugged mountains, and down and up “the big ditch” where the only passage for bicycles is on a backpack, all the way to the Utah border. And on Friday, about fifty mountain bikers will line up to binge on big adventure by riding a portion or the entire Arizona Trail as fast as they can.

The eighth annual Arizona Trail Race launches at 9 a.m. April 19 from Parker Canyon Lake, the southern end of the Arizona Trail near the Mexican border. From there, 50 or more riders will start pedaling some 300 miles north for the AZT300; about 18 of those will aim to continue all the way to the Utah border, crossing the Grand Canyon and riding about 730 miles in the process. 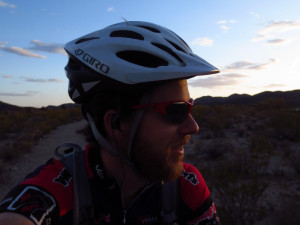 “In 2005, there were self-supported races on the Kokopelli Trail, Grand Loop and the (Great Divide Race),” Morris said. “But nothing that was (mostly) singletrack. I wanted to try racing singletrack for multiple days, to see what that was like. So I created the race because I wanted to race it.  Amazingly, other people seemed to agree that it was a good (terrible?) idea, so now it’s the eighth AZT 300.”

Morris and a friend set out to scout the route in a time when most aspects about bikepacking, let alone bikepack racing, were largely unknown. “There was so little information back then — about the trail, about bikepacking setups, about carrying bikes across big canyons,” Morris said. “We pioneered some pretty nutty routes, ran goofy ultralight setups before the days of seatbags, and rode portions of the AZT that few people have since.”

Morris said six people started the first official 300-mile Arizona Trail race in 2006. Two finished. “The trail was unfinished in many places, so we rode parallel roads, bushwhacked between cactus (in the dark) to connect freshly cut singletrack, squeezed under barb wire and got shredded by desert vegetation that is now better kept at bay,” Morris said. “In short, it was nothing short of brilliant.”

Morris is well-known in the bikepacking community for his love of brutally technical terrain and punishing steep hike-a-bikes. He currently holds the record for the 300-mile race: two days, five hours, and ten minutes. This year, he plans to load up his bike on his back and cross the Grand Canyon in pursuit of the 730-mile record, which is currently held by Kurt Refsnider at seven days, six hours, and 35 minutes. Although Morris has more than eight solid years of practice on the Arizona Trail, he said chasing Refsnider’s stout record is going to be difficult.

“No matter how many GPS points you have, how many times you’ve ridden the trails, how many photos of every intersection there are on the web, or how strong you are both mentally and physically, it’s not easy out there,” Morris said. “There are always elements of chaos, things left to chance. Things get out of control, you wish you were not on a bicycle baking in the middle of Arizona. You question the sanity of the choices that led you to where you are. Or at least I do. There are plenty of unknowns, for even the most ‘seasoned’ veteran. That’s adventure; that’s bikepacking.”

Morris plans to start his record attempt shortly after the start of the official race. I asked him for some commentary on this year’s starters: 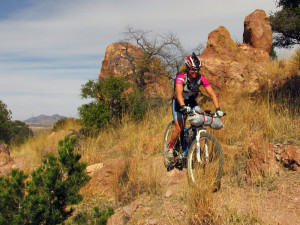 Eszter Horanyi is taking on the 300-mile race. Photo by Scott Morris.

“In the 300, Aaron Gulley has a big motor and is long overdue for a bout of good AZT luck. Eszter Horanyi is a race favorite, of course. She’s well known for killing course records, even as a rookie. Lynda Wallenfels’ record (3:04:05) will not go down easily, so it’s going to be fun to watch. Pete Basinger (aka Dreamboat) is back for another go and is always at the front.”

“In the 730, adventure racer Aaron Boatman is back for a second year after being relegated for help fixing his disabled bike last year. He also had an unsuccessful fall ITT last year, so he is hungry for redemption on the course. Jason Murrell is a co-record holder in the Trans North Georgia. It’ll be interesting to see how his speed and experience transfers to the desert. Cjell Money and Justin Simoni are two interesting characters, well known from Divide lore. Both will be fun to watch and hear stories of.”

“Three racers in the 750 are doing the triple crown (an attempt of all three major long-distance bikepacking races — the Arizona Trail Race, the Tour Divide, and the Colorado Trail Race — in a single year) Max Morris, Forest Baker and Eric Foster. Kind of a mini-race within the race, since they have to be thinking about three very big events in a short space of time.”