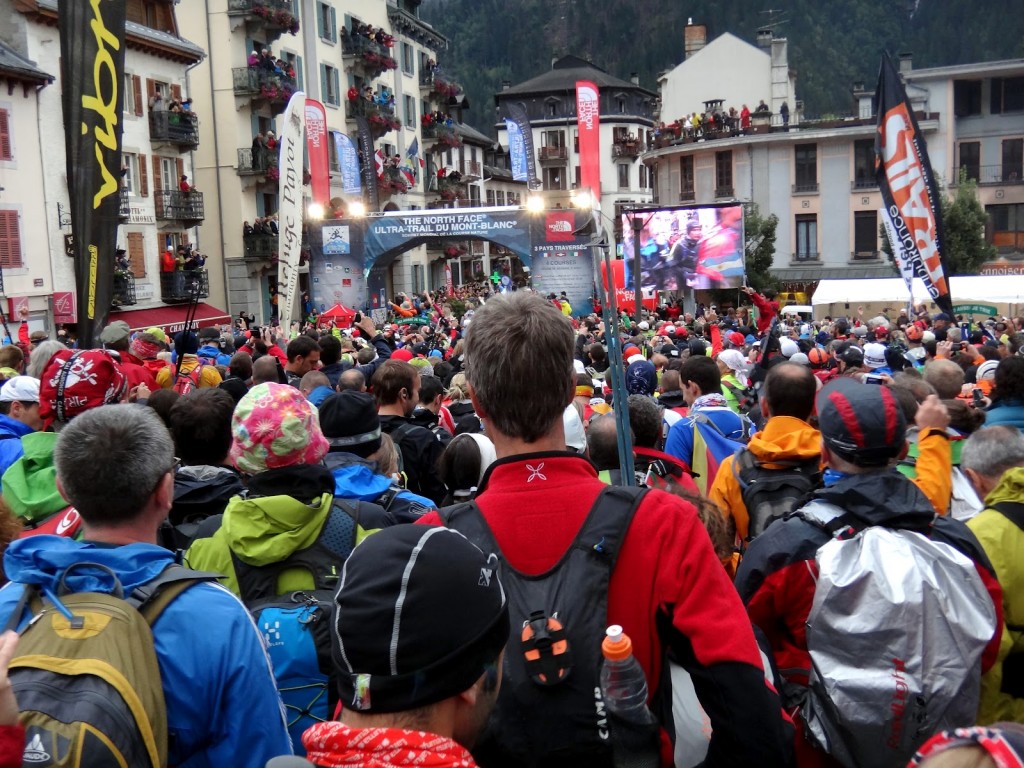 A field of 2,500-plus runners line up at the starting line of the 2012 Ultra Trail du Mont Blanc in Chamonix, France.

The Leadville 100, an iconic trail ultramarathon that has been held each year since 1983, took place this past weekend in Leadville, Colorado. Along with speedy sponsored runners such as Ian Sharman, Nick Clark, and Scott Jurek, the popular race drew a reported 1,000-plus participants. And in addition to tales of overcoming setbacks and come-from-behind triumphs, the 2013 Leadville 100 generated a number of complaints from runners, crew, pacers, and even volunteers that there wasn’t enough race infrastructure in place to handle such a large field.

In a comment to an article about race results on iRunFar.com, Vlad Henzl wrote: “While I would like to congratulate the winners and all those who finished, I wonder how the race organization was perceived by the regular runners. For me, it was a huge disappointment. Being a mid packer (who eventually DNF’ed following a solid finish in 2012) it seems really strange that aid station after aid station runs out of food, coke, GU, cups for soup or soup itself hours before cut off, and the distressed runners even at such special place as at Hopeless 2 are treated with nothing but cup of water and words of encouragement. The runners being almost ran over by cars at Winfield is an evergreen, but the chaos at Fish Hatchery (now Outward Bound AS) makes it a good tie.  I also do not understand why aid station tents were so much smaller than last year, while the race grew by about 200+ runners resulting in virtual stampede. There was also very little space to take a break, sit down and browse through your drop bag if you ever get one. Yes, it took even 5-10 minutes to get one, because people who promised to bring it were called to do something else and simply forgot about it …

I myself am involved in organization of one of major 50 miler in the Southwest, thus I believe I understand how easy it is to make mistakes or how easily some things can go wrong. I also would never guess to publicly question competence of other race organizers, yet the systematic pattern experienced by me and several other close friends is simply beyond belief, especially considering the rich and long history, prominence and “professional” management of such huge race as Leadville 100.  I’d welcome a constructive debate whether my perspective was somehow misleading, or whether problems experienced by me and my friends were real and are considered as serious by others as well.”

The comment did prompt a small debate about just how self-sufficient runners should be in any given event, how much responsibility a race organization has to individual runners, whether the use of crew and pacers is appropriate in larger trail events, and what kind of environmental impacts a field of a thousand-plus runners and a similar number of volunteers, crew, and spectators can generate. It’s the kind of debate that’s likely to continue as trail races continue to grow, and as more corporate interests and sponsors become more directly involved in trail running.

Many trail runners who have been part of the community for years expect small, intimate events with space for spectators and crew members, and personal attention from race volunteers. But as more new participants enter the once-esoteric sport of ultrarunning, financial pressure is leveled toward the creation of more races, and higher participation numbers in well-established races. How individual race organizers handle these disparate demands varies widely, but growing pains are an inevitable side effect of growth.

With the Leadville 100 emerging as the largest 100-mile trail race in North America, comparisons are being drawn to European events such as Ultra Trail du Mont Blanc, which hosts a field of 2,500 runners each year. UTMB manages this large field with significant financial backing from corporate sponsors, solid support from local communities, and an army-sized volunteer force. The race also does not allow pacers, minimizes available drop bags, and limits crew access to aid stations where the infrastructure can support a large influx of vehicles. UTMB runners also must come prepared to cope with crowds — people lined eight-deep at aid station tables, and human traffic jams on the trails. Solitude is not a part of the UTMB experience and is hardly expected. However, a modicum of quiet and seclusion is still very much a part of the expectations surrounding many North American trail races.

So what is the solution to growing pains experienced by iconic trail races? Participation caps? Higher qualifying standards? Increasing race fees to support the bottom line while capping participation? Prohibition of pacers and crew? Incentives to run self-supported? By many accounts that emerged after this weekend, portions of the Leadville 100 were chaotic, especially for runners in the back half of the pack. While one can argue that the Leadville race series is a business that no one is obligated to support, it does stand to be reasoned that organizers failed to provide many services as advertised. And because of the Leadville 100’s iconic status and reputation, poor service could become the norm without financial consequences for years to come.

What solutions do you think would ease growing pains in the sport?

28 thoughts on “Overcrowding in trail races”