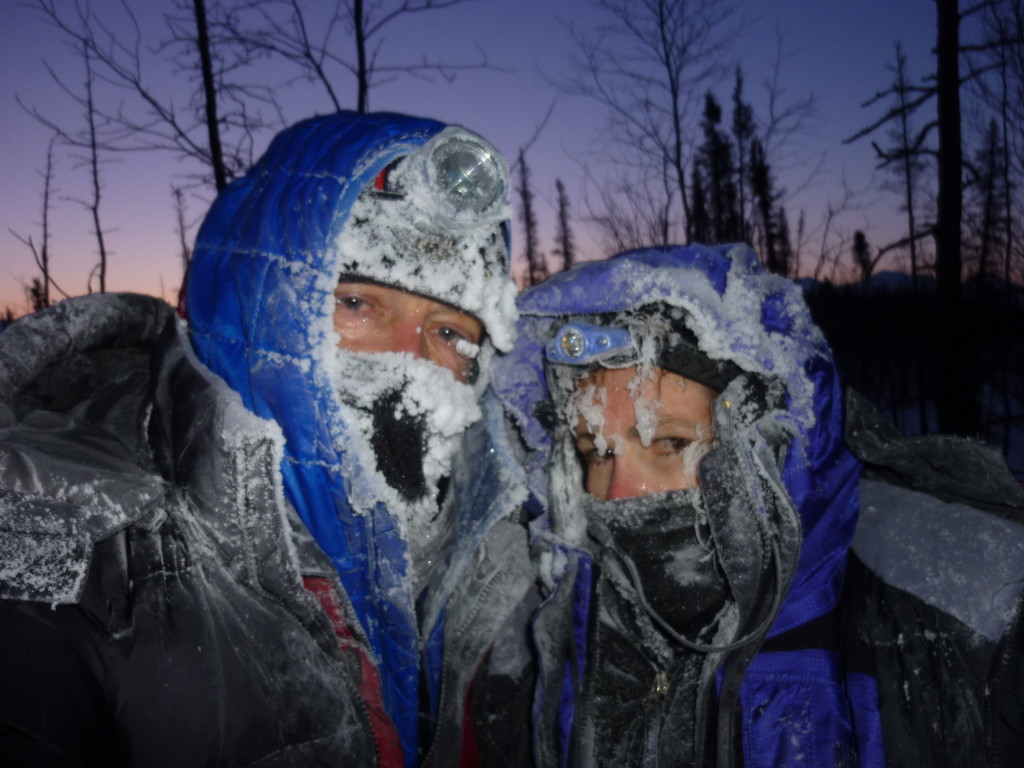 With the holiday season crunch fast approaching, books can make great last-minute gifts for the friends and family who already have “everything.” Over the next two weeks, Half Past Done will have a series of book giveaways starting with “8,000 Miles Across Alaska: A Runner’s Journeys on the Iditarod Trail.” For a chance to win a free paperback copy, just leave a comment below about your favorite adventure book. A winner will be chosen at random and notified by e-mail on Dec. 15.

“8,000 Miles Across Alaska” details the harrowing experiences and discoveries of runner Tim Hewitt over thirteen years and thousands of miles on Alaska’s Iditarod Trail. The iconic trail has a history dating back to the Gold Rush, but experienced a resurgence in the mid-1970s thanks to mushing enthusiast Joe Redington and the birth of the Iditarod Dog Sled Race. Since this time, the Iditarod has inspired its own genre of enduring literature. Here are a few of the best books about the modern Iditarod Trail, from both mushers and others:

Father of the Iditarod: The Joe Redington Story: Redington helped rescue Alaska dog mushing from extinction, creating a legacy in this thousand-mile race across Alaska. Here Lew Freedman chronicles Redington’s life, from his boyhood during the Great Depression to his unflagging efforts to establish “The Last Great Race.”

Winterdance: The Fine Madness of Running the Iditarod: Gary Paulsen is an award-winning author of contemporary literature for young readers. Winterdance is his classic, a personal and humorous account of a man following his dream to the burled arch in Nome. Running or mushing the Iditarod takes a special madness, and Paulsen endured moose attacks, blizzards, dog bites, and other tribulations before drawing readers into this beautiful and often brutal world.

Cold Hands, Warm Heart: Alaskan Adventures of an Iditarod Champion: Jeff King remains one of the top mushers in the history of sled dog sports. In the process, King has also racked up thirty years of first-person stories that offer a glimpse into training in Alaska, wildlife encounters, larger-than-life personalities, victories and defeats.

The Lance Mackey Story: Lance Mackey, another multi-year Iditarod champion, writes about his Alaskan childhood, his  battle with throat cancer, and how his obsession with dog mushing saved his life.

Race Across Alaska: First Woman to Win the Iditarod Tells Her Story: Libby Riddles was the first woman to win the Iditarod Dog Sled Race. She writes the tale of her journeys in an engaging, conversational style that provides a rare view of the Iditarod through a woman’s eyes.

Iditarod Dreams: A Year in the Life of Alaskan Sled Dog Racer DeeDee Jonrowe: DeeDee Jonrowe is another popular long-time musher in Alaska. She is a consistent top ten finisher who is praised for her dog care. She tells her own stories of running this difficult race with her best friends — her huskies.

Graveyard of Dreams: Dashed Hopes and Shattered Aspirations Along Alaska’s Iditarod Trail: Alaska journalist Craig Medred provides another unique perspective by telling the stories of Iditarod “back-of-packers” and the trials, tragedies, and failures experienced along the way.

Ghost Trails: Journeys Through a Lifetime: This is my account (Jill Homer) of battling the challenges of the Iditarod Trail as a rookie cyclist in the 2008 Iditarod Trail Invitational.

What is your favorite adventure book, in any genre? Please leave a comment below for a chance to win a free paperback copy of 8,000 Miles Across Alaska: A Runner’s Journeys on the Iditarod Trail. The winner will be notified on Dec. 15.

One thought on “Books of the Iditarod”