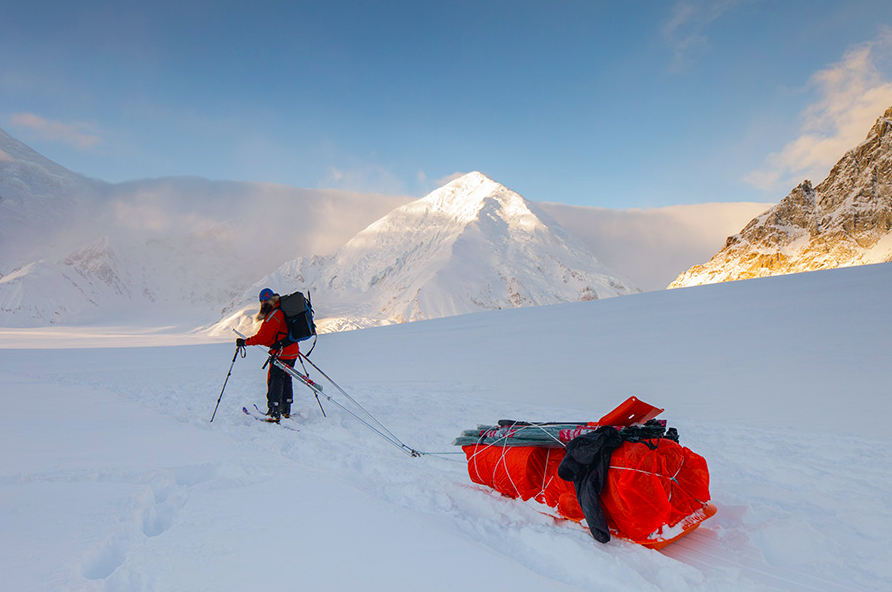 Lonnie Dupre on Mount Denali. Photo from One World Endeavors.

We have a few updates from some of the adventures we’ve been following at Half Past Done. On Mount Denali, Lonnie Dupre is descending from his high camp after opting to end his bid to become the first solo climber to summit North America’s highest mountain in January. After 19 days of climbing and waiting out storms on the frigid face of Denali, Dupre was within a day’s climb of the summit when the wind picked up again and the weather forecast projected unfavorable conditions for several days. He had just spend most of a day trying to build a snow cave in the hardpacked snow at his 17,200-foot camp, and was exhausted and cold from the effort. When he called his base camp on January 27, it was 35 below zero in his snow cave.

“It was virtually a life-or-death decision for Dupre,” his team reported. “Even if he had made the summit (the next day), which would have meant a 12-hour or more travel day between 17,200 and the summit and back, he knew he would not have had the energy or means to survive back at the 17,200 camp. Monday’s predicted 50 mph winds and cold temperatures would translate into a windchill of 50 below zero. Combined with an unfavorable long-term forecast and dwindling food and fuel supplies, Dupre knew his chance of survival would be minimal.”

“These storms on Denali can last a long time,” Dupre said, “and a climber should never be caught with less then three days of food and eight days of fuel at any point.”

This was Dupre’s third attempt to summit Denali in January, a goal he has been pursuing since January 2011. All three expeditions were shut down at various points by unworkable weather. 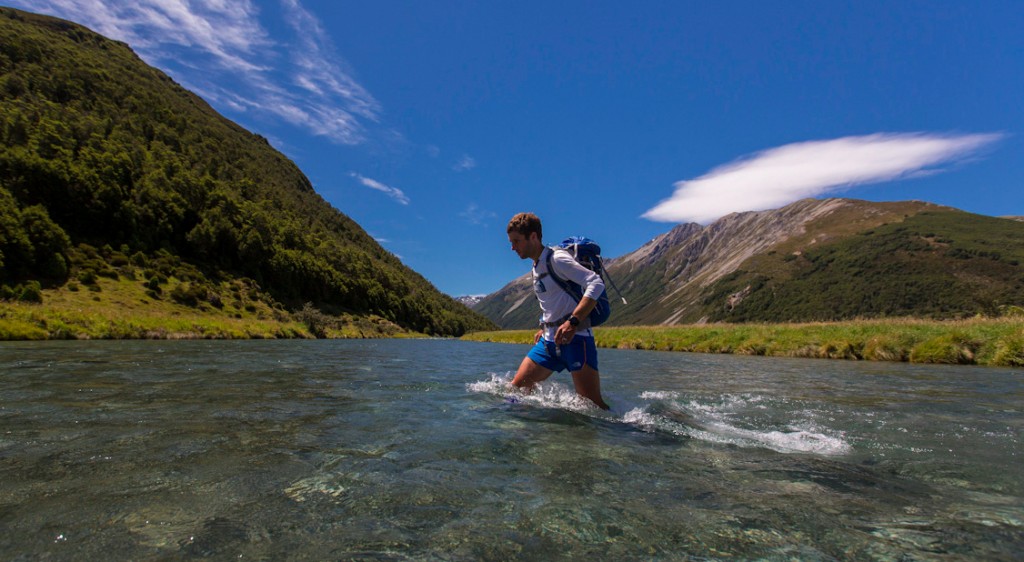 Photo from The North Face Journal.

Jez Bragg is closing in on the final kilometers of his 3,054-kilometer traverse down the length of New Zealand on the Te Araroa Trail. After 47 days on his endurance run and paddle expedition, he had covered 2,667 kilometers, with 387 more to the “toe” of the South Island. On Monday he was launching his last paddle of the trip, a crossing of Lake Wakatipu. The strain of the variable terrain has been tough on the accomplished trail runner, who has reported many days of slower-than-expected going and “hard tramping” on steep mountain slopes, rough bush with no track, sand, swamp, and high-altitude tussocks.

“The fragmented nature of all the different tracks has made it hard to really settle in, knuckle down and get the golden kilometers in the bank,” he wrote in his blog.

He’s been worn down by hot days and cold nights, an illness that he suspected was giardia but that seems to have cleared, and backcountry traverses that put him far away from his crew for a day or more. The illness slowed him down from his original time goal, but he is still making strong progress toward Bluff, New Zealand.

“It goes without saying that it’s super disappointing to have dropped from a comfortable sub-50 day schedule, to a probable 52- or 53-day one,” he wrote. “But the one thing I can say is that I remained pretty stoic about finishing the job in the hand during my unbelievably low spell, despite my body feeling like it would struggle to regain sufficient shape to do so over the last 72 hours. The amount of hard work that has gone into getting me this far means that I simply have to get to Bluff, whatever it flaming well takes.”

Police officers intercept Ilgunas and his companion, Storms Reback, as they hike the pipeline path south of Arp, Texas. Photo by Ken Ilgunas.

After an uneasy trek across Oklahoma, the man who set out to walk the entire length of the proposed Keystone XL Pipeline from Alberta to Texas has entered his final state. Once he crossed the Texas state line, Ken Ilgunas veered off his planned path along the pipeline project to follow parallel country roads, citing safety concerns.

“Because I’d been so terrified of the abject poverty, insane dogs, and men walking towards my tent at night carrying large weapons — and because I sort of felt like I’d used up eight of my nine lives on this trip — I decided I ought to be extra careful with my final ninth,” he wrote in his blog. “So, instead of walking along the pipe in Texas (where it’s currently being laid), I decided to walk on the shoulders of major highways, away from the pipe, where I wouldn’t get robbed, attacked by dogs, stampeded by cows, or in trouble with landowners.”

However, he met a man who agreed to join him for part of the trek, and the two are back on track, following the pipeline path while still fielding the obstacles of police intervention, barbwire fences, and concerned landowners. Ilgunas set out on this trip to raise awareness about the controversial pipeline project from proposed to transport oil from the Tar Sands of Alberta to the Gulf Coast, as well as its effects on the environment and cultural implications in the impoverished agricultural towns of the Midwest. After more than 1,500 miles of walking he’s hit his stride, and has been gaining influence as he moves south, scoring influential interviews and articles with Mother Jones, Salon.com, and the Huffington Post. After Ilgunas wraps up his journey, he plans to attend a Feb. 17 protest organized by the Sierra Club in Washington, D.C.