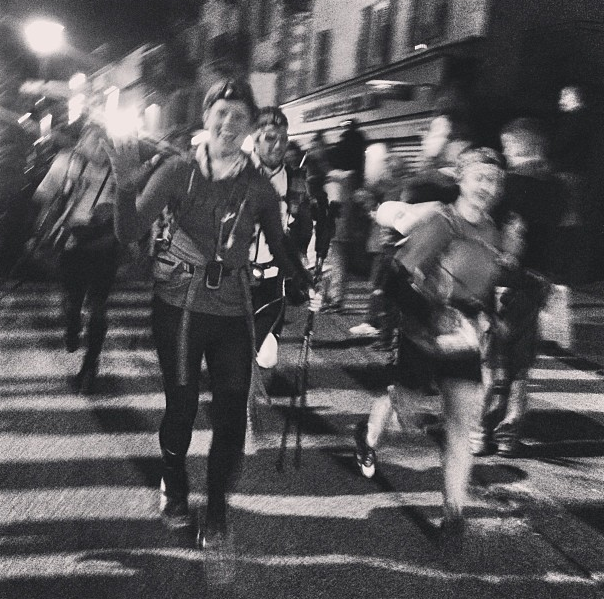 When I first launched this blog, I started looking around for someone else to write gear reviews for the site. Gear reviews are the bread-and-butter of most outdoor publications, but I feel wholly inadequate when it comes to writing them. For starters, I’m not exactly one of those people who meticulously researches gear. Large details (as in, is it a 20 degree sleeping bag or a -20 degree sleeping bag?) are important to me, of course, but I fail to get as excited about the small stuff (as in, 8-panel or 10-panel cycling chamois?) Surprisingly, most of the gear I use works for me — probably because I hold the attitude that most well-made gear works. So any gear “review” I write has to come with the disclaimer that I don’t possess a critic’s eye. Still, after dragging a few pieces of outdoor gear through the ringer at La Petite Trotte à Léon, I discovered a few somewhat unexpected items that worked particularly well for me. Since these items could potentially be of use in multiple formats of adventure racing, I thought I’d list them here. 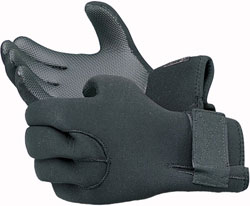 Neoprene kayaking gloves: How many trail runners ever give any thought to donning some kind of terrain protection on their hands? While shoes are discussed ad nauseam in the running world, glove considerations rarely go beyond a thin layer of material to keep fingers warm in cool temperatures. Winter runners may don ski gloves or fleece mittens. But what about an endurance event that involves a fair percentage of hand-over-head scrambling, on terrain ranging from rock to sharp talus, in wet and sometimes icy weather? The textured surface of a basic pair of neoprene kayaking gloves provided solid grip on slippery rock, extremely steep and muddy slopes, and also the occasional metal chain that had been bolted into the mountain for security on exposed sections. The neoprene material also kept my hands warm in heavy rain with temperatures in the 30s, that impossible range of weather where even ski gloves will eventually soak through and leave fingers rigid with cold. Although these gloves were most effective in wet conditions, I later wore them in drier, cold weather because they protected my palms and fingers so effectively from sharp rocks and the occasional (okay, reasonably frequent) fall onto my hands.

Cycling gloves: When I wasn’t wearing the neoprene gloves, I would done a pair of light cycling gloves to protect the palms of my hands from blisters caused by trekking pole use. The nature of PTL and my lack of specific upper-body training often made it feel like my arms were getting more of a workout than my legs, and I was glad to have some padding for my hands. 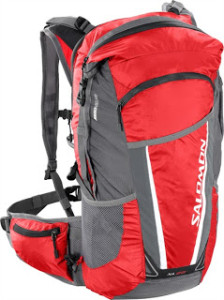 Salomon XA 25-liter backpack: Backpacks were the gear my PTL teammates and I discussed most leading up to the race. Do we go with 20 liter, 25 liter, or 35 liter? Front-mounted bottles or hydration bladder? I finally settled on this Salomon pack because it has a waterproof compartment that I could use to hold my clothing, food, batteries, and maps, without worrying whether these things were protected from the elements. This backpack worked beautifully for me, holding up to a lot of abuse (scraping against rocks, sliding down snowfields on my back, cramming large items into small pockets, whacking through brush, etc.) while keeping my important gear fully dry. The pack had plenty of space for the amount of warm clothing and food required in this largely self-supported event, and fit comfortably with no chafing on my shoulders or back. And the pack includes an external pocket for hydration bladders that made refilling a breeze. Weighing in at just over a pound, this is a solid pack for adventure racing. 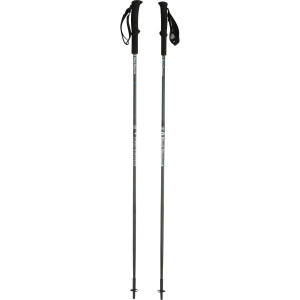 Black Diamond Ultra Distance Z-Poles: I’ve been exposed to enough mountain racing in Europe now that I’m shocked when I attend a 100-mile event in the United States, and observe runners *not* using trekking poles. Frankly, I’m baffled. I realize that one has to lift the poles off the ground and carry them to run anything faster than a 12-minute mile … but the amount of support they provide on steep climbs, not to mention the balance they promote on steep descents, make trekking poles an invaluable tool to anyone traveling by foot through the mountains. I’m especially fond of the carbon Z-Pole — lightweight, durable, and able to support the full weight of a 135-pound runner cramming them into boulders at medium speeds for hundreds of miles’ worth of use. As an, shall we say, accident-prone runner, I also benefit from downhill “crutches,” and have learned to run at a reasonably good clip while using them for support. The Black Diamond Z-Poles consist of a concealed inner cord, a single push-button release and a one-pull deployment for easy set-up and break-down on the move. The fixed-length poles fold into three parts for stowing. 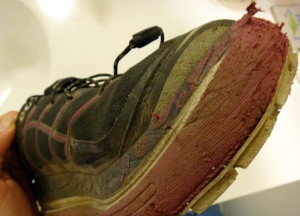 These things were brand new when I brought them to Europe a month ago.

Hoka One One Mafate 3: Or, as I think of them, “fat tires for your feet.” Hokas are still the laughing stock of mainstream trail running, but they’re gaining more traction in the ultra-distance market. In the case of the Mafate, that traction is literal. Version one of the Mafate had ample cushioning but almost no tread; wearing them in mud was like donning a pair of skis. Hoka has made ample improvements for version three, with 5mm lugs to grip loose terrain and an oversized midsole to provide stability. I also like the quick-lace closure, which allowed me to adjust the tightness of my shoes when my feet started to swell. I think shoe talk is the most boring gear talk of all, so I won’t dive into the accusations and defenses of  “mattresses for your feet.” I simply wanted to point out that Hokas can be comfortable and effective shoes in highly technical terrain — the kind of terrain where you’re wedging your toe into cracks to climb up a rock chimney or running down a steep talus slope. Not only can Hokas hold their own on technical terrain, they also provide effective cushioning for the adventure racer who has to stay on their feet for the better part of 92 (or even more) hours straight. It says something that one of my teammates, Ana, was laughing about the shoe early in PTL, and then, not even two weeks later, had acquired her own pair. They may look like clown shoes, but at the end of the long day on the trails, you’re the one who’s laughing.

4 thoughts on “(Somewhat odd) gear that worked in PTL”