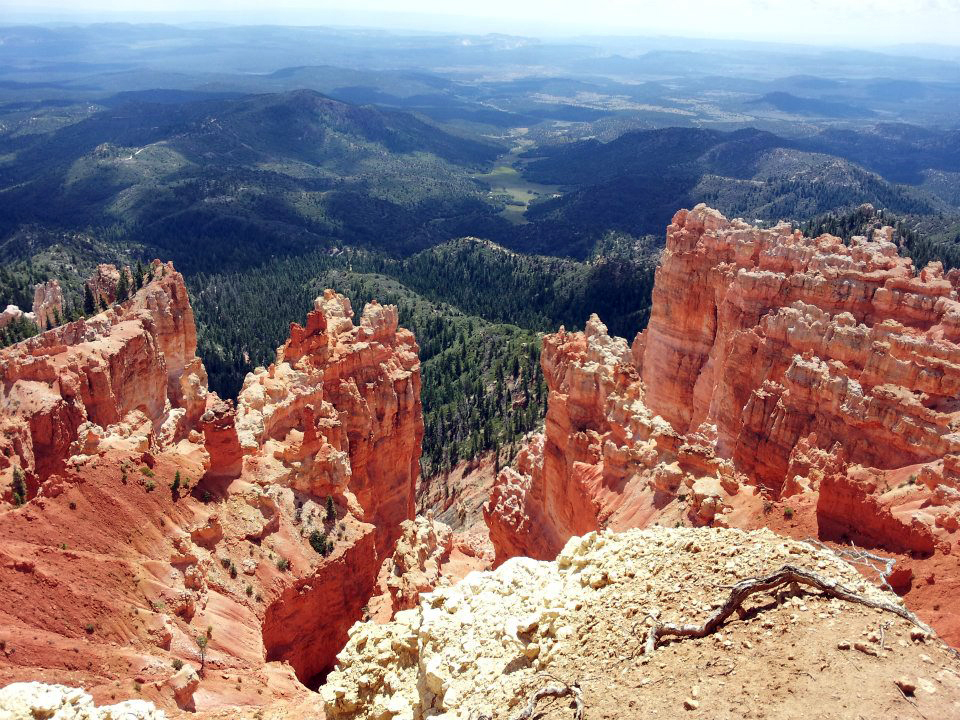 View from the Pink Cliffs. Photo courtesy of Bryce 100.

More adventurous runs in beautiful places — for all of the growth that the sport of ultrarunning has experienced in the past decade, this is perhaps the most mutually beneficial development. As more runners enter the sport, more race directors are stepping up to offer new events in their own backyards, introducing the community to regions and trails they might otherwise have never discovered.

This is the case with Matt Gunn, director of last year’s Zion 100, who decided to open a new event in the high desert outside Bryce Canyon National Park. The inaugural Bryce 100 is slated for May 31, 2013. Gunn also considers himself “new to the scene,” and in creating events among the redrock and pines of southern Utah, he’s aiming to give back to the sport that he’s quickly grown to love. An avid hiker and mountain biker since he was a child, Gunn started competing in Ironman triathlons after his father died in 2002. From there he found his way into ultra-distance trail runs, such as the Desert Rats 50-miler in Fruita and the Bear 100 in Northern Utah. 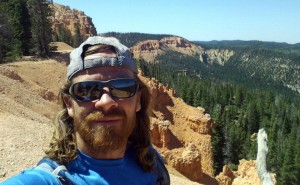 “After realizing that I could cover 50 miles a day, I started running out in the backcountry a lot more,” he said. “I began running trails in a single day that had previously taken me three to five days to backpack.  This was truly life changing for me.  I love pushing my physical limits and seeing as much country as possible and all of a sudden I was seeing and doing more in one day than I’d ever imagined possible.”

Gunn’s family owns a small getaway in Panguitch, Utah, so he’s been running and mountain biking the trails in that region for nearly twenty years. The idea to host a hundred-mile run near Bryce Canyon came to him a couple of years ago, as he neared the bottom of the Thunder Mountain mountain bike trail and noticed a sign that said “Grandview Trailhead, 78 miles.” Intrigued, he set out to learn more about the Grandview Trail, which wraps all the way around the forest-lined Paunsaugunt Plateau.

“I started exploring the trail in chunks and fell in love with it,” he said. “Totally remote and unbelievable views comparable to those in the park. I’ve only seen one other person on the singletrack in the time I spent out there.”

As he set out to design a course on the Paunsaugunt, he determined that many of the lower elevation sections of the Grandview were often overgrown, sandy, rutted, and exposed. “Not the best for running,” he said. “The part of the trail that stays above or just below the rim doesn’t have the oak brush overgrowth problem and doesn’t get as washed out. It also offers superior views, more shade, and better temps for running.”

He decided to create a course to highlight the best sections of the trail and define it as an alpine run, contrasted to his course at the Zion 100, which he calls “a true desert run.” The out-and-back course wavers between 7,500 and 9,500 feet, holding runners to consistently high elevations where the late spring air is cool and the trails are shaded, but the air is thin. The hundred-mile race nets about 14,000 feet of climbing along the rolling terrain of the high plateau. 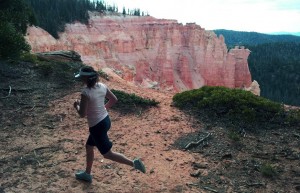 “While there’s not a high mountain pass to climb and descend on this run, there is still plenty of elevation,” Gunn said. “The climbs and descents may be shorter, but they don’t stop coming at you.”

Even though it resides in a high alpine climate, Gunn said the course should be clear of snow and dry by the May 31 start date. “One of the most enticing things about the Bryce 100 is that it’s an alpine run that’s ready to run in early June,” he said. “Because it’s a plateau without any peaks rising up above it, the Paunsaugunt plateau doesn’t get a terrible amount of snow.  The mountains on either side get hit pretty hard, but most of the storms kind of skiff over the plateau without dumping too much.  It melts off pretty quickly in the spring.”

As for the nuts and bolts of the race, there will be aid stations every five to ten miles, and drop bags are allowed at aid stations. One aid station will feature “famous electrolyte snow cones” and others will have the usual water, ice, electrolyte drink, Coke, snacks, and gel. Runners are allowed to pick up pacers from the aid station closest to the turnaround point. The course is 50 percent singletrack and 50 percent ATV trail. Hundred-mile runners are given 34 hours to complete the distance, and there is a hundred-kilometer event with a twenty-hour cutoff. Registration is available at Ultrasignup.com. 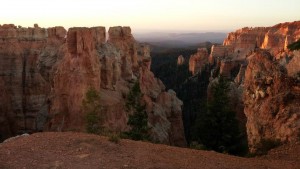 View from the Paunsaugunt Plateau

Gunn said the Bryce 100 is a good fit for runners looking to finish their first hundred-mile run.
“I think that it would be a great event for a first time runner since we’re new ourselves.  A lot of the runners registered are newer to the sport, so someone who is trying their first hundred isn’t going to feel so out of place here. While ultrarunning is by far the coolest and most accepting circle of athletes that I’ve ever associated with, there is still a culture to be learned and it makes you feel uneasy when you’re new.  It seems like a lot of the sport’s vets won’t touch a newer event until you’ve paid your dues and have a couple of years under your belt.  The vets that are willing to show up to an event like Bryce are usually of the school that welcomes the growth that the sport is experiencing and are happy to show someone new the ropes.”

As a relatively new race director, Gunn said he learned a lot while hosting the Zion 100 last May, and applied those lessons to both of his events this year.

“Probably the biggest lesson that I learned from Zion is that we need to stay focused on the basics before we worry about almost anything else,” he said. “There are so many things that are vying for your attention, but course markings and well stocked aid stations trump pretty much everything else. I also learned a lot about course design that will be applied at Bryce. I redesigned Zion this year to make it more manageable without sacrificing the integrity of the course. It’s important to keep things accessible and manageable for race staff and crew. This Bryce course works out beautifully in that regard. It’s easy for crew to hop ahead of their runner and for the most part the roads are well maintained considering the remote country that we’re accessing. Almost all of the aid stations are at scenic points in the course as well, which helps the crew and staff to enjoy their day(s) out there, too.”

For more information about the Bryce 100, visit the Web site at http://bryce100.wordpress.com.