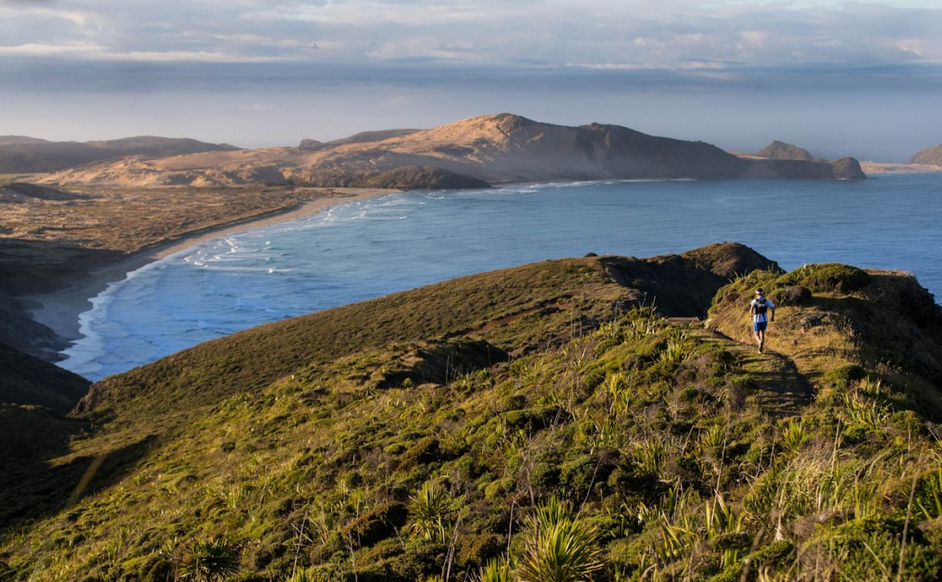 Jez Bragg, an English trail runner who is most well-known for winning the 2010 Ultra Trail du Mont Blanc, is currently aiming to set the speed standard for a new 3,054-kilometer route across New Zealand, the Te Araroa Trail.

Te Araroa, “The Long Pathway,” spreads from Cape Regina to Bluff, New Zealand. The “tip to toe” route across both the North and South islands officially opened December 3, 2011. Since that time, a number of through-hikers have completed the traverse in three to six months. Bragg, 31, hopes to traverse the Te Araroa Trail in fifty days, covering between fifty and one hundred kilometers per day. An estimated 11 percent of the route is over water, so Bragg’s human-powered trip includes about 120 kilometers of kayaking down the Whanganui river, numerous river estuaries, Lake Wakatipu, and if weather is conducive, another 17-mile paddle across the often treacherous Cook Straight. His run is being sponsored by The North Face and includes a support crew.

“Wanting to run the Te Araroa came about from my love of off-road trail running,” he said. “In training for the big trail races, I noticed that the parts where I had the most fun was when I was on long runs in remote places; I really enjoyed losing myself in the runs where the journey was more the point than the destination. This seemed like a true journey, the pinnacle of what I can do.”

Bragg’s run began on December 12 at Cape Regina, the tip of a long spit of sand known as the “Ninety Mile Beach.”

“(It’s) a mind-boggling continuous stretch of wild beach with noisy crashing waves which goes on for at least 50, but thankfully not 90 miles,” he wrote in his report. “It’s another incredible piece of geography, but after the first few kilometers, not massively enjoyable. In fact, it’s got a reputation for sending through hikers a little bit mad, and if I had to spend five days walking it like most do, I think I would too.” 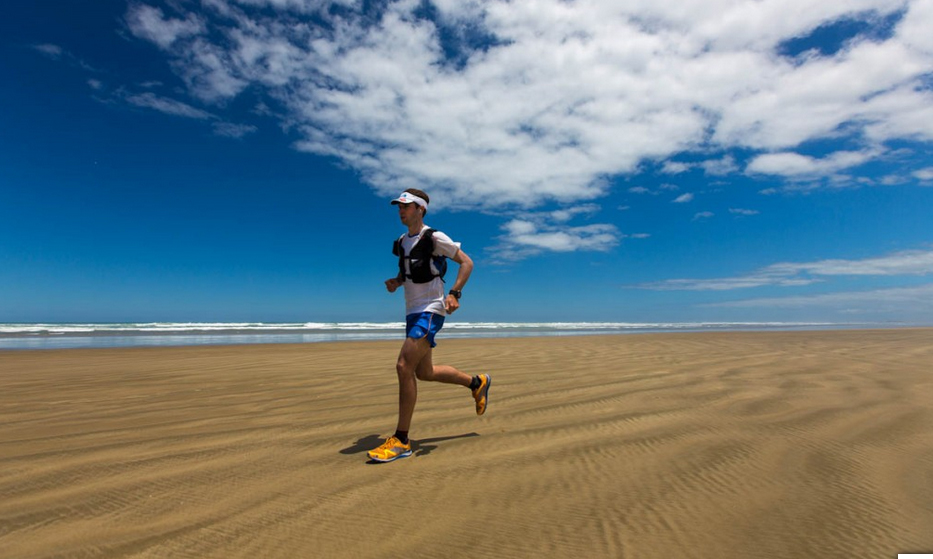 Bragg raced across the sand in thirteen hours, wrapping up a 101-kilometer first day in Ahipara. On day two, he left the coast and traveled into the dense subtropical forests of northern New Zealand. Although bogged down by sand on the first day, the second brought the entirely different challenge of dense undergrowth, tree roots, and deep mud. In the afternoon, he climbed a high ridge, where continuing climbs and descents on steep contours made for “slow-going” miles. He covered 53 kilometers over the course of another long day.

“(The second day) was always going to be tough; the start of the back-to-back, running-when-tired routine which is going to challenge me more than anything else over the course of the expedition. In reality it’s going to be a couple of weeks before my body gets used to what I’m asking it to do, so I’m aware there is plenty of fighting through to be done,” he wrote.

Friday included a seven-kilometer wade through river beds in a narrow valley, as well as more runnable terrain on forest tracks and across pastures. Bragg covered 65 kilometers, for a total of 221 kilometers in a cumulative moving time of 32 hours, 5 minutes, over the course of three days.

“I’m quickly learning that Te Araora has plenty of surprises in store,” he wrote. “You can’t take anything for granted; a seemingly innocuous section of trail read from the map can easily turn into a five-kilometer-per-hour slog. My final section today was a classic example. The low level pasture and newly formed link tracks leading into my final destination of Kerikeri were well rutted and baked hard; not the best for sore, wet, feet. A tough end to the day.”

Bragg will be posting regular dispatches on his blog over the course of the journey. Read more about the expedition at The North Face Journal.