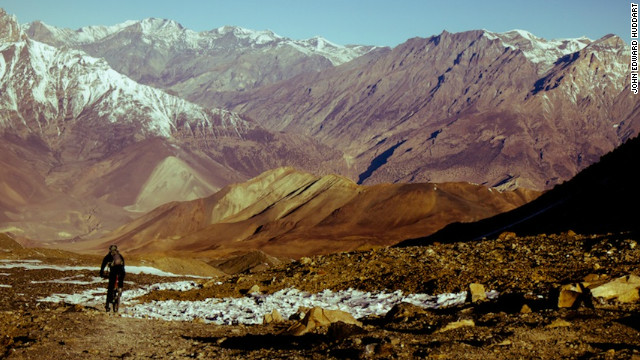 Racing beside the peaks of the Himalayas, the Yak Attack is a 400-kilometer test of endurance. Photo by John Edward Huddart

It’s becoming an increasingly more popular superlative to insert before endurance events — “The World’s Toughest Race.” From sailing to mountain biking to an Australian ultramarathon once dominated by a 61-year-old farmer, it seems everyone is trying to lay claim to humanity’s burliest athletic challenge. But what is the toughest race in the world? And more perplexingly, what specific factors would even define this toughness standard?

My boyfriend, Beat, who is on his own personal quest to find near-impossible endurance challenges, has told me, “The World’s Toughest Endurance Race? Simple — a marathon with a two-hour time cutoff. No one in the world could finish that.”

This seems to be a major component the toughness equation — what are the odds that a competitor can even finish the event? Distance, elevation change, altitude, climate, heat, cold, support or lack thereof, terrain, navigation, and sleep deprivation also factor into the race to be the World’s Toughest Race.

Authors Richard Hoad and Paul Moore recently released a hardcover book titled “The World’s Toughest Endurance Challenges.” The coffee table tome, full of dazzling photos, establishes fifty races as the most hardcore Earth. The authors stipulated that the events had to have an organizing body and rules, be open to public participation, have a predetermined start and end point, and have a way of categorizing participants — but the modes of transport and levels of competition vary wildly. Swimming, cycling, boating, triathlon, horse racing, trail and road running, winter, and adventure racing events were included. The list of fifty is comprehensive — and, like most lists with loosely defined parameters, debatable. But that’s part of the fun — learning what’s out there and setting your own toughness quotient.

The book includes the Tour d’Afrique, a four-month-long, 7,500-mile mountain bike stage race that begins at the pyramids and runs down the length of Africa. The average stage is 77 miles. Photo courtesy VeloPress, Joachim Loeffel.

The authors clearly did their research, but North American ultrarunners in particular are likely to take issue with this list. No Hardrock 100, with its 33,000 feet of climbing at high altitude in Colorado’s San Juan Mountains? No Barkley Marathons, with its reported 54,000 feet of climbing through the mud and briers of Tennessee, specifically designed to be unfinishable? No Ultra Trail du Mont Blanc, or any other race in the European Alps where the difficulty of endurance mountain running has been redefined? The Comrades Marathon, a 56-mile road race in South Africa, is culturally entrenched, popular, and more competitive than many ultramarathons. But it would be difficult to argue that this race is tougher for runners to finish than any hundred-mile mountain race in the world. However, few would dismiss the crown for the Self-Transcendence 3,100-mile race, which requires runners to make 5,649 laps around one extended block in Queens, New York, within 52 days — an average of 61 miles a day. The sheer boredom factor of the “world’s longest certified footrace” is enough to trump any other toughness standard.

Bike racing also is a matter of opinion. The Race Across America requires competitors to cover 3,000 miles from the West Coast to the East Coast in just over a week, far exceeding the Tour de France’s 2,300 miles in three weeks. The nonstop nature of RAAM also makes it an exercise in sleep deprivation as much as cycling. But one could also argue that the fierce competition of the Tour de France makes for a tougher challenge. The list of mountain bike races is similarly fractured. Yak Attack takes place in the High Himalaya and La Ruta takes mountain bikers through the thick jungles of Costa Rica, but both of these are stage races. The Tour d’Afrique is 7,500 miles long across the African continent, but constructed as more of a tour. How do these races compare to the self-supported, nonstop challenges of the Colorado Trail Race, 480 miles of technical singletrack, or the technically benign but physically strenuous 2,700-mile Tour Divide? 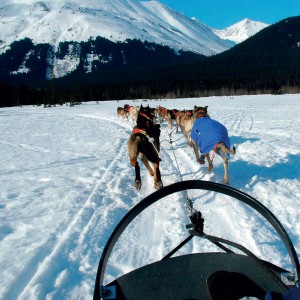 The winter races are less disputable. Those included in this book comprise nearly all of the major winter endurance races in the world, with one glaring exception — the Iditarod Trail Invitational. The authors included the Iditarod Dog Sled Race, the famous thousand-mile husky run across Alaska. But what about the humans who set out without dog sleds — the skiers, snow cyclists, and runners whole take on the harsh landscape completely self-supported and self-propelled? One could argue that if the dog sled race is one of the world’s toughest, the human-powered version must be nearly impossible.

I once entered into such an argument with a fellow runner during a hundred-mile winter ultramarathon in Alaska, the Susitna 100. She and I were both taking a break at the 85 mile-checkpoint while I attended to my feet. A combination of cold temperatures, accumulating sweat, and nearly thirty hours on the course had left them deeply macerated and swollen to the size of small cantaloupes. As I lamented the poor condition of my feet, the woman chimed in, “Now imagine taking care of 64 dog feet on top of your own. What we do is difficult; what those mushers do is unreal.”

I hadn’t thought of it that way before.

And on that note, what do you think? What’s your version of The Toughest Race in the World?

3 thoughts on “What is the “world’s toughest race?””