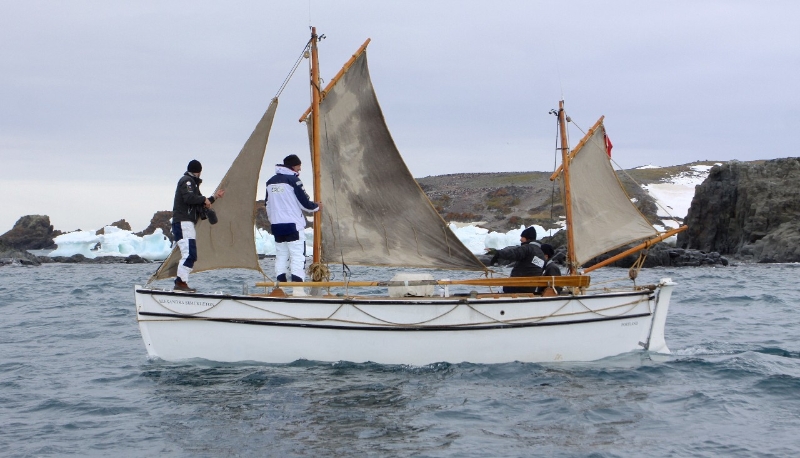 It’s the greatest survival story in modern history — Sir Ernest Shackleton’s 1914 voyage to the Antarctic with the doomed ship Endurance. Just one day’s sail from the continent, the Endurance became trapped in sea ice. As the crew waited out the winter while camping on the ice amid grueling darkness and cold, the shifting sea ice slowly crushed their ship beyond repair. The Endurance crew was forced to abandon their vessel and strike out across the deteriorating ice sheet on foot, dragging a 22-foot lifeboat along with them. When they reached open water, Shackleton made two open boat journeys, one of which — a treacherous 800-mile ocean crossing to South Georgia Island — is now considered one of the most difficult boat journeys in history. After landing on a remote side of the island, Shackleton and two other men trekked across the uncharted mountains to the island’s remote whaling station. From there, they organized a rescue team, and saved all of the men he had left behind. Not one person from Shackleton’s crew died during the two-year-long ordeal. 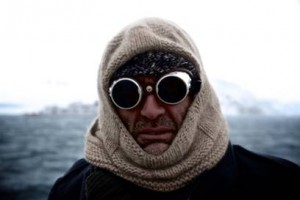 Now, nearly one hundred years later, a team is preparing to reenact the latter portion of Shackleton’s journey using 1914-vintage gear, just as Shackleton and his crew did. The modern crew of six British and Australian adventurers will sail an exact replica of Shackleton’s lifeboat across the same stretch of open ocean, and then attempt to cross the rugged peaks of South Georgia. If the Shackleton Epic Expedition team completes the “double” voyage, they’ll be the first to do so since Shackleton himself.

The replica vessel, named Alexandra Shackleton in honor of the explorer’s granddaughter who first expressed interest in recreating the expedition, is set to sail from Elephant Island on January 20 or 21. The crew is currently waiting out a stretch of bad weather in Admiralty Bay, where high winds are preventing a support vessel from towing the 22-foot boat to the island.

In his account of the expedition in the book “South,” Shackleton wrote, “The hazards of a boat journey across 800 miles of stormy sub-Antarctic ocean were obvious — all hands knew that the perils of the proposed journey were extreme. The risk was justified.” In this case, the justification was saving the lives of 28 men still trapped on the ice. A hundred years later, the hazards of the ocean crossing remain the same. Rough seas, gale force winds, and floating ice make any crossing the channel extremely dangerous, and the crew will only have rocks to use as ballast. Freezing temperatures and storm surges will batter the crew members, who will only have long johns, merino wool sweaters, and gabardine outer layers to protect them from the elements. 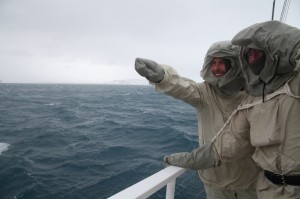 The Alexandra Shackleton crew will also consume calories similar to what the original crew ate, including a seasoned animal fat called Pemmican. The only concessions to the use of period equipment will be the storage of modern emergency equipment and radios on board, and the presence of a support vessel in the Southern Ocean, which will only be called on if the small vessel is in trouble.

The team will be led by Tim Jarvis, an environmental scientist and polar explorer. To train for the expedition, Jarvis and his team practiced capsizing boats off the coast of England and treading water in their heavy wool clothing. They’ve spent the past three weeks off the coast of Antarctica, practicing the navigation and maneuvering of the three-ton vessel in Antarctic waters.

Like many modern polar expeditions, the Shackleton Epic is taking on the issue of climate change. Jarvis says he hopes to raise awareness about climate impacts on the fragile environment at the bottom of the world.

“The irony is that Shackleton tried to save his men from Antarctica and we are now trying to save Antarctica from man,” Jarvis said.

You can follow the journey at the expedition’s live tracking site. There will also be news updates along during the journey.

The crew expects to encounter similar difficulties as Shackleton’s crew, as well as some they haven’t even anticipated. But to quote Sir Ernest Shackleton, “Difficulties are just things to overcome, after all.”