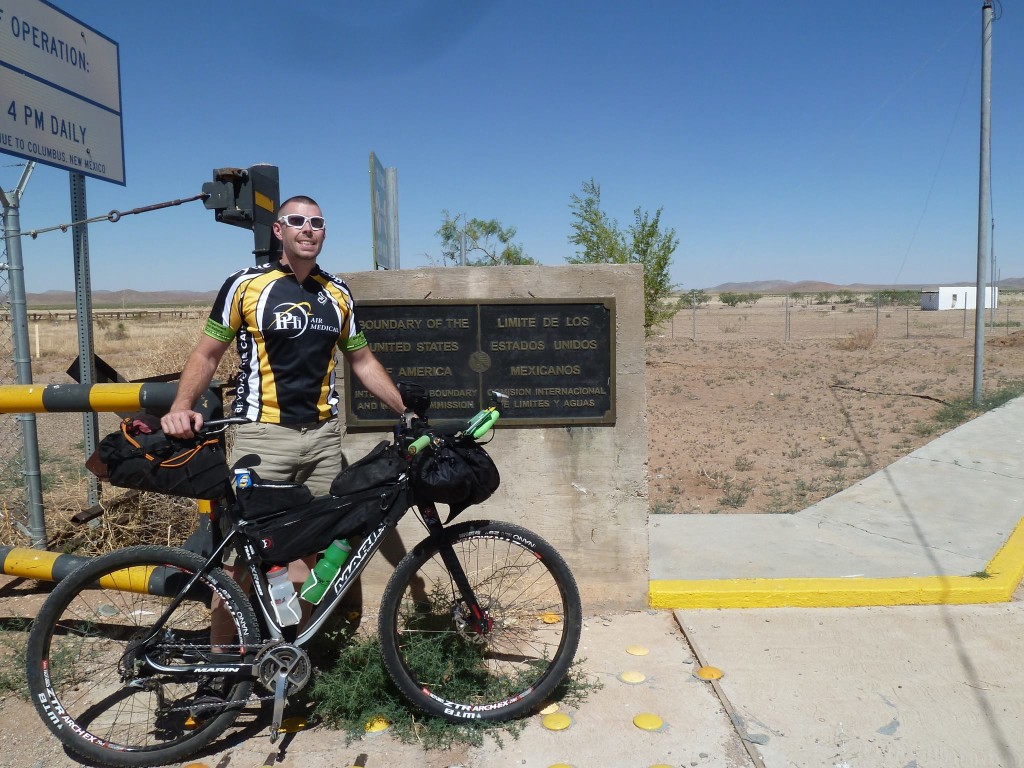 With just over 32 hours on the clock in the 2013 Tour Divide, both race leaders and the hundred-plus-strong “peloton” are setting a blistering pace, thanks to ideal weather and trail conditions. Dry road surfaces and a lack of snow on the higher passes are contributing to the fast times, and leaders Mike Hall and Craig Stappler are already miles ahead of Jay Petervary’s early pace during his record-setting run in September 2012.

Mike and Craig spent much of the first day riding in close proximity to one another, several miles ahead of anyone else. The reached Butt Cabin, about 190 miles into the race, at 11 p.m. — 15 hours after the race start. They rested for less than two hours, and when another cyclist arrived around 1 a.m., they headed out. They reached the U.S. border before 8 a.m. Saturday — the first Tour Divide racers ever to pedal the 253 rugged miles from Banff to Montana in less than 24 hours.

The urgency is rippling back into the field of nearly 130 southbound racers, with many riders starting their second day of pedaling well before dawn. Marco Nicoletti of Italy and Liam Crowley of Australia are also beyond Eureka, and just a few miles behind record page. The lead American is Leo Pershall of California, currently at the border in seventh position.

In the two-person women’s race, Kristen Arnold is working her way through the Canadian Flathead Valley, right now only a few hours behind Eszter Horanyi’s record pace. Sara Dallman is about 25 miles behind Kristen.

Meanwhile, Billy Rice, the first person to attempt a “yo-yo” — or out-and-back ride of the Great Divide Mountain Bike Route from Antelope Wells to Banff and back — is pedaling upstream through the masses as he makes his way north through the Flathead Valley, about a day and a half away from Banff. The flight paramedic from Bryan, Texas, (with the enthusiastic support of his employer, PHI Air Medical) is hoping to complete the 5,500-mile ride in 43 to 45 days. Rice was kind enough to answer a few quick questions while en route to the U.S. border.

HPD: You’re the first to publicly attempt a yo-yo record on the GDMBR. Nearly 5,500 miles nonstop. What inspired you to take on this crazy stunt?

Rice: “Not exactly sure. Ed Viestures always said every explorer thinks they were born too late. I fell in love with the route last year and figured, why not?”

HPD. Are you still aiming for a ~40-day finish? Or is just finishing the main goal?

Rice: “Looks like maybe 43? I think my southbound run will be faster. I feel fantastic! Nobo (northbound) is harder I think because of the early altitude. There is always a headwind and I had tons of mechanical issues. If I can remain healthy I hope to move more quickly.”

HPD: Is it difficult to be approaching Banff and realize you’re only at the halfway point?

Rice: “Not at all. There are multiple mental tricks I think successful divide racers use to stay mentally strong. I don’t think too far ahead. To sit at Antelope Wells and say “I’ll be right back” has huge meaning that you almost can’t comprehend. To sit and think of all the things that will happen is overwhelming. I get up in the middle of the night and focus only on what’s immediately ahead, and how much food I need.”

HPD: “What challenges do you anticipate on the southbound return?”

Rice: “I’m mostly concerned about staying healthy. It’s a long time out and very high performance levels. I’m actually participating in an exercise physiology study through TEXAS A&M, which is running all kinds of tests when I get back (and before I left). I’m not concerned about the route. It will be warmer but I kind of welcome that. It’s been cold!”

HPD: You’re a couple of days behind the Grand Depart. Do you intend to try to catch up with some of the riders in the main Tour Divide?

Rice: “Totally! It’s my new game: “Catch the blue dots.” It was very bittersweet knowing the blue dots were leaving this a.m. and I wasn’t with them. I really wanted to be there. I love the energy of the GD and hated to miss it.”

HPD. How does your body feel after all these miles? Any issues that you’re concerned about?

Rice: “I feel great! Last year, I had all the typical issues. This year, I had some ankle issues but I believe that if you stick with it, your body will adapt.”

HPD: How is your bike holding up?

Rice: “Not so great. That has been a challenge. I feel super strong and am totally at peace on the climbs, and the rear wheel just won’t work. I am replacing it soon.” (Editor’s note: Rice did replace his rear wheel in Eureka, Montana.)

HPD: Any major changes you’ve made to your gear along the way?

Rice: “Not really. I am super light. I live at 315 feet elevation and the nearest hill is several states over. I just can’t train like the fast guys. To have any hope of keeping up I figure I have to be lighter.”

HPD. What day exactly did you start your ride in Antelope Wells? How many days do you expect the AW-Banff segment will take you?

Rice: “I left Antelope Wells on May 25. I should arrive in Banff on Sunday morning.”

HPD: Do you plan to continue riding just as fast on the return?

Rice is riding a geared Marin with a carbon frame and rigid fork. His kit includes water bottles, a handlebar bag and seat bag, as well as a small frame bag for food. “I like things super simple,” he said. “You get so tired out here any extra stuff just gets in the way. Last year, I forgot to close a bag and lost stuff. No good. So I keep it simple and light.”

Good luck to Billy Rice and everyone else!