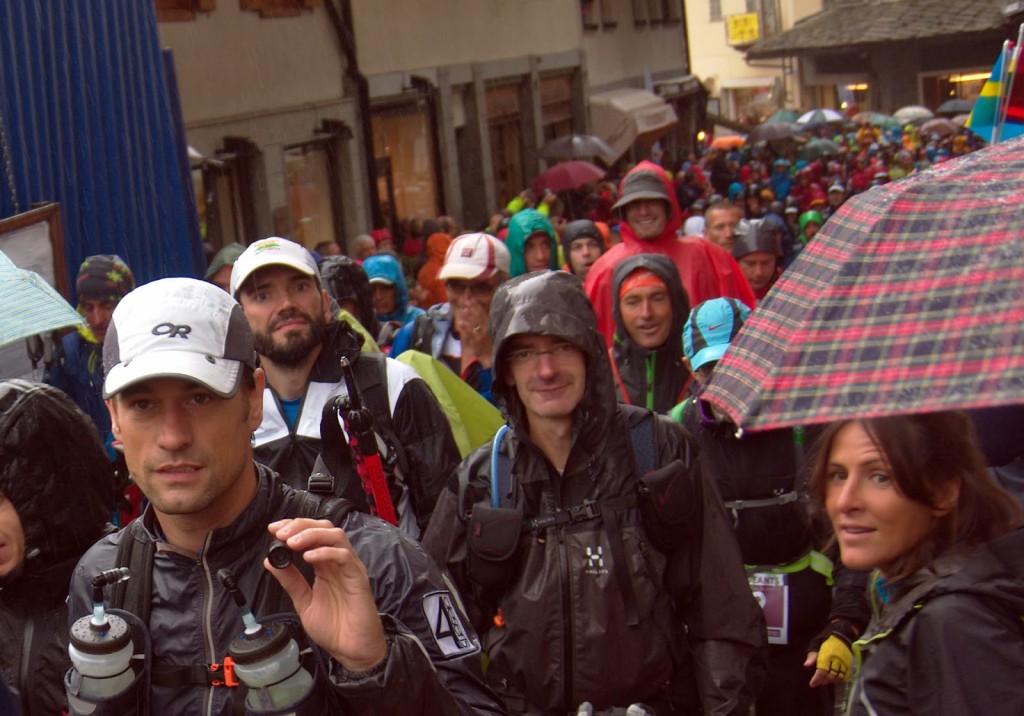 The Tor des Geants, a 330-kilometer race through the Italian Alps, starts on the streets of Courmayeur, Italy.

Earlier this month, Bellingham-based distance runner Candice Burt introduced a new event that would be the first of its kind in the United States — a single-loop, 200-mile nonstop foot race circumnavigating Lake Tahoe. The single-stage event, slated for Sept. 5, 2014, promises a “unique and unparalleled experience for ultra distance trail runners who want to have an adventure of a lifetime.”

Like many new ultramarathon events, the Tahoe 200 takes place in a scenic location — the Sierra Nevada mountains surrounding a large, pristine alpine lake. It boasts a healthy amount of elevation gain — 39,800 feet. It promises well-stocked aid stations and live Web tracking, and offers a belt buckle and commemorative print to finishers. What makes this race different from all the others? It’s 200 miles long. Within days of the announcement, chatter had spread like wildfire throughout the ultrarunning community, the event’s Facebook page had more than 2,000 likes, and event organizers were already discussing a participation lottery before the number of entries and fees had even been set.

“I’ve been a bit stunned by all the interest in the race so far,” Burt wrote on her Web site. “Although I have been dreaming of making this race a reality for years, the time just seemed right this year. Why wait when you’ve got something so good?”

Why are North American runners suddenly so excited about 200 miles? Has the luster of the 100-miler worn off, now that participation numbers are increasing exponentially and long-time elites within the sport are claiming that “100 miles is not that far?”

Similar distance events have been taking place in Europe for several years now — the Tor des Geants in Italy and La Petite Trotte à Léon starting in France. Both take place in aesthetic mountain routes in the Alps and just happen to be 300 to 330 kilometers in length, and both are enjoying a similar surge in popularity despite the time and training investment that accompanies such long efforts. The emergence of a new standard distance might cause some to wonder just how far is too far, but studies have shown that longer events might not be as damaging as “short” ultramarathon distances like 100 miles and even 50 miles.

In a recent study of muscular function of ultra-distance runners, scientists in Switzerland found that runners who finished the Tor des Geants experienced less neuromuscular function, less muscle damage, and lower levels of inflammation than runners who completed 50- and 100-mile events.

“Over the TdG, an anticipatory pacing strategy was observed during the first part of the race,” the scientists wrote. “Then fatigue combined with a high level of sleep deprivation led to a large decrease in speed, particularly during the second part of the race, so that speed was relatively low over the whole course. This event induced lower inflammatory responses and less muscle damages than similar types of events of shorter duration.”

The takeaway — seemingly extreme distances and efforts force humans to slow down and put less stress on their bodies, resulting in less damage and a closer approximation of each individual’s “forever” pace. Given those natural biological inclinations, the excitement and rush to participate in longer and longer distances might not be the health apocalypse that some fear. But it does pose intriguing sociological questions — where does this drive to go ever further come from? And how does it benefit or hurt us as individuals and as a society?

The Tahoe 200 offers sleep stations and a 100-hour time limit, indicating that the orgainzers don’t expect people to just up and run 200 miles in one fast-paced blast. Given a long enough distance, these events will more closely approximate a strenuous through-hike than a run, by nature of biological necessities and physical limits. One might argue that a 200-mile distance lies in the grey area in between, and few people understand how such an endeavor will go for them. Anyone who has completed a 100-mile ultramarathon will agree that the strain of 100 nonstop miles is very different from simply doubling the effort of a 50-mile run. The same can be said of a 200-mile race, but based on these scientists’ findings and personal experience, I believe these efforts do begin to swing back toward sustainable, given all basic biological needs are met and mental willpower holds strong.

It will be interesting to watch how this trend develops in the coming years, and whether “200 miles” starts to trickle into the ultrarunning lexicon. In a sport is that is all about pushing limits, the “limit” will only continue to expand.