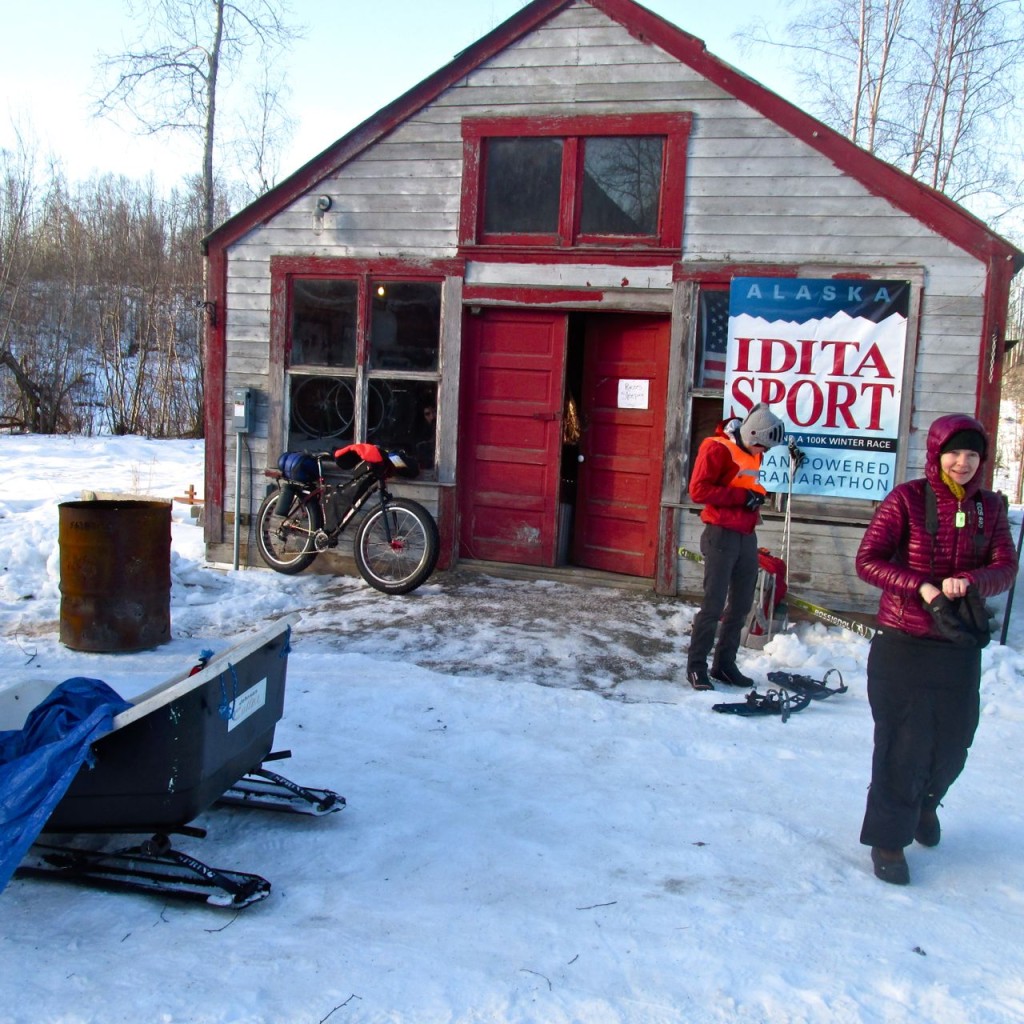 Iditasport Headquarters during the 200-mile and 100-kilometer races.

In a throwback to the early days of winter endurance cycling, the Iditasport returned to Alaska this past weekend in a successful comeback. And while fat bikes are now mainstream and cyclists no longer need to weld rims together to gain a floating edge over the competitors, many of the original traditions of the first winter bicycle race remain in tact. Resurrected by longtime Anchorage fat bike enthusiasts Billy and Erica Koitzsch, the 2014 Iditasport followed the original 1988 route along the first hundred miles of the Iditarod Trail, to the village of Skwentna and back. A 100-kilometer race also was offered.

“The IditaSport has been a part of my life since I was 15 years old,” said Billy Koitzsch, who has since gone on to become the first person to ride a bicycle along the entire Iron Dog Route — the Iditarod Trail to Nome and serum route back to Fairbanks, a trip of nearly 2,000 miles in the depths of winter, which he completed in 2013. “When the Iditasport was no longer a yearly event, I felt there was a void in the Alaskan racing scene. The Iditasport was the race that started all the winter ultramarathons. This race has sparked ideas, passions and inventions — right down to the evolution of the modern day fat bike! I always felt that this race should continue because it was what got me into winter adventuring. I hope to spark a few more in the next generation of adventurers.”

Trail conditions were extremely icy, with a range of hard “corduroy” snow, to mixed crust and ice, to glare ice. Temperatures ranged from 15 below overnight to 12 above zero during the day. “With the conditions that Mother Nature handed us this year, we stressed to all of our racers the need for studded tires, helmets and cleats,” Koitzsch said. “For the racers who did not have studded tires, we were lucky enough to have enough through our outfitter business: Arctic Cycles. We provided studded tires to our participants at no charge.” 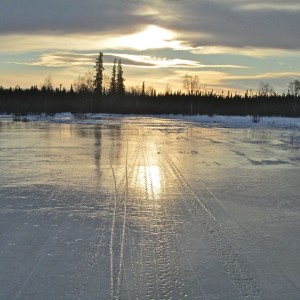 Ten people started the 200-mile race, and eight finished. Kevin Murphy won the 200-mile race with a time of 22 hours, 9 minutes, and Bill Fleming came in seconds behind for second place. Darcy Davis was the first female and third overall in 26 hours, 12 minutes, tying with Mark Davis. Roberto Aldovini was the first foot racer to finish in 67 hours, 42 minutes.

In the 100-kilometer race, Zack Huff took first in 6 hours, 1 minute, and Laurel Brady was first woman and second overall in 6 hours, 16 minutes. Cody Lee rounded out the podium in third in 6 hours, 46 minutes. Nine people started the race, and only one person scratched.

“We held up to all aspects of the original Iditasport (tent Camp, marked trail),” Koitzsch said. “(The differences were) not starting at the Knik Bar, no mandatory 24 hour layover and SPOT locators (GPS devices used to track racers online.) We wanted to start the Iditasport at the original Historical Townsite (where the Iditarod Trail starts). So, last year, we contacted the Knik-Wasilla Historical Society. We worked with them and they hosted our Iditasport headquarters.Other than a location change, we tried to adhere to the original Iditasport traditions.” 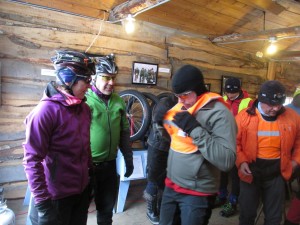 Koitzsch said the new Iditasport received a lot of positive feedback in its inaugural year, and people were especially pleased with the course markings and volunteer and race support, which included meals and lodging at every checkpoint. This year’s race was dedicated to the memory of Koitzch’s friend, Rocky Reifenstuhl, another longtime Alaska endurance racing fixture who died earlier this month at age 61.

“He was an Iditasport legend and an inspiration to me and many, many other winter adventurers,” Koitzch said. “We kept a vigil candle burning throughout the Iditasport race. When I told him last year that I was bringing back the Iditasport; he was so excited and gave me some sound advice. I will truly miss him.”

Koitzch said they plan to continue the Iditasport tradition in 2015 with a possible 225-mile route that travels farther up the Iditarod Trail to Shell Lake and back. The race is held for cyclists, skiers, and runners. For more information, visit the Web site of Iditasport or Arctic Cycles.