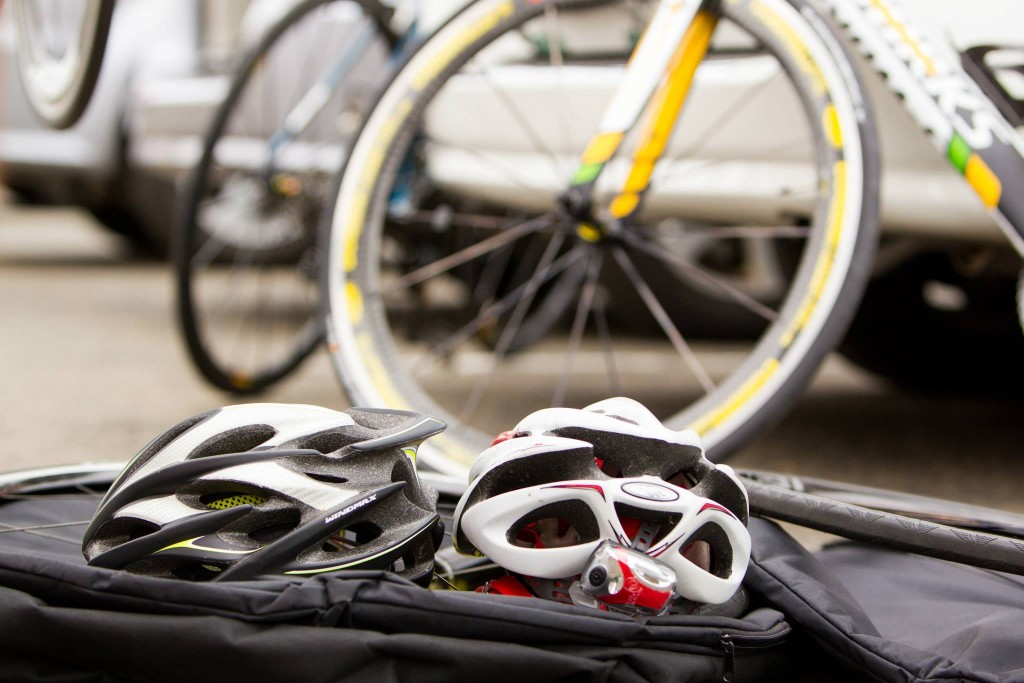 Photo via Race Across America

The Race Across America kicked off it’s 32nd year on Tuesday, June 11, in Oceanside, California, as 41 solo riders departed for the 3,000-mile non-stop, coast-to-coast endurance bicycle race. Thirty five teams will depart on June 15 for the race that ends in Annapolis, Maryland.

The 2013 race that began at the Oceanside Pier will take the racers over the Coast Range into the Mojave desert and Death Valley in the searing heat of June. After crossing the desert, riders climb into the Rocky Mountains of Colorado, reaching 10,856 feet on Wolf Creek Pass. After descending the mountain passes racers cross Great Plains, the Mississippi River and the relentless rolling hills of the Midwest. They must conquer the humidity and steep climbs of the Appalachian Mountains before they reach the Atlantic at Chesapeake Bay.

Cyclists race continuously day and night, followed by crew of 8 to 15 people in support vehicles with food and supplies for the race. Each rider provides his or her own crew and pays for entry fees and logistics, and the race often costs each rider upwards of $20,000 to attempt. The fastest solo racers will cover the 3,000 miles in about 9 days and the teams will do the same in just over 5 days. The race enforces strict cut-offs at time stations along the way, and racers have 12 days to complete the race. Solo riders at the front of the race sleep as little as 90 minutes a day. Just to finish within the 12-day time limit, racers can’t afford to sleep more than about four hours in a day. RAAM racers are not allowed to draft or ride in packs.

Solo racers include five American women, three of whom are older than 50. Thirty six men from around the world will race in the event. The leaderboard is posted at this link. Live tracking is available here.

The concept of a bicycle race across America can be traced back to newspaperman George Nellis, who in 1887 crossed the USA on a 45-pound iron high-wheel bicycle with no gears and with pedals attached directly to the front wheel. Following the railroad routes across the country, he made the crossing in just under 80 days.

Every ten years or so, the record would be reduced by a few days, but it was not until the 1970s that a cyclist named John Marino became serious about discovering how quickly a bicycle could be ridden across the United States, which RAAM officials cites as the beginning of the modern movement of trans-national cycling competition. In 1982, a group of riders decided to mount a head-to-head race across the United States. In its first year, the Race Across America was called the Great American Bike Race. Four riders lined up on the pier in Santa Monica and raced to New York. The winner was Lon Haldeman. Since then the race has been run every year, always west to east.

“RAAM unites people of all backgrounds, nationalities and cycling histories in a shared adventure through team bonding, struggle and a strong sense of accomplishment,” said Fred Boethling, owner of RAAM and Solo and two-man team ﬁnisher. “It’s man against the elements, the road, and ultimately, him or herself.”

Over 2,000 cyclists have completed RAAM since its ﬁrst edition in 1982. Less than 200 solo and tandem racers have officially finished the solo edition of the race.