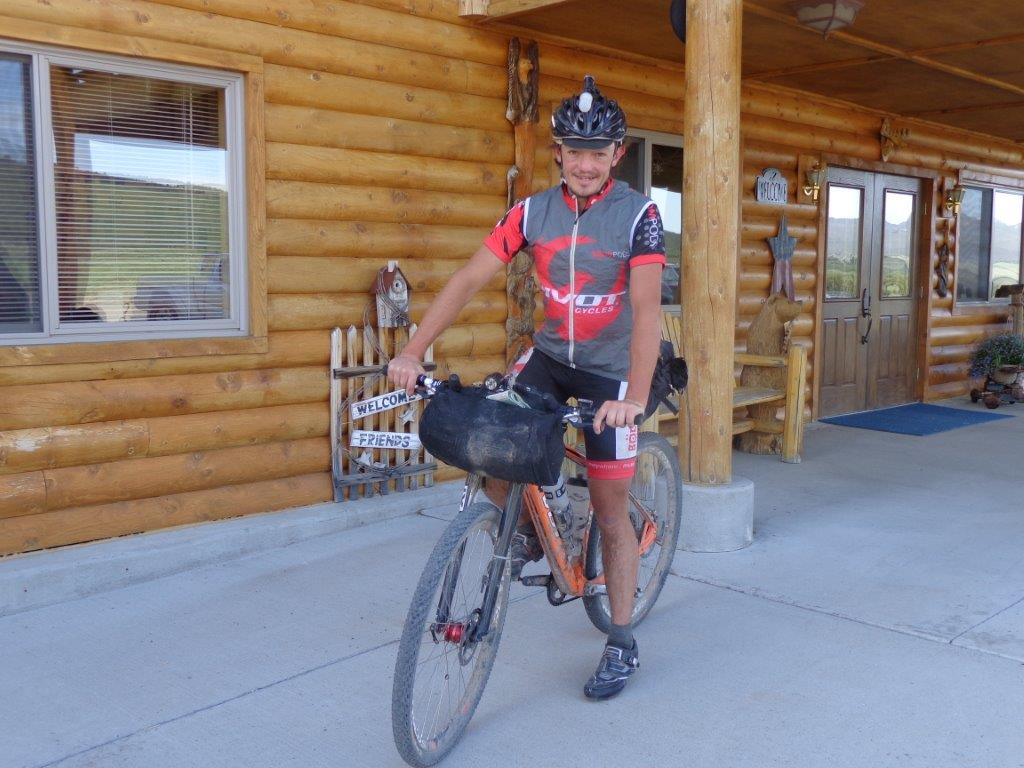 With just over four and a half days on the race clock, Tour Divide leader Craig Stappler crossed into Idaho, a thousand miles on the Great Divide Mountain Bike Route. About twenty miles behind him was Mike Hall, closing a wider gap after apparently getting his breathing issues under control. Stappler left Lima after four days and five hours, nearly 18 hours ahead of the split by course record holder Jay Petervary. Stappler was over a day ahead of his 2012 pace. The race is on, and neither Stappler nor Hall show any signs of easing up on the gas.

After falling back, Hall upped his pace and chased Stappler late into the fourth night, descending the steep and rocky Fleecer Ridge with the fading light and arriving in Wise River too late for resupply. “That hurt,” he wrote. He made it to Montana High Country Lodge in time for a big breakfast, grabbing a quick bite and continuing toward Lima. Stappler was able to enjoy a few more luxuries — according to Russ Kipp, he showered, had his riding clothes laundered, slept, ate dinner, ate breakfast, packed a couple PB&J’s for the road, patched a plugged tire, did a call in, checked the Tour Divide site and forum. But in the past day, he’s definitely lost a margin of his lead on Hall.

In the women’s race, Sara Dallman is keeping a strong pace as she pedals toward Helena, falling back from Eszter Horanyi’s record pace but holding a solid 142-mile-per-day average. Kristen Arnold is back in the race after spending a day resting sore ankles in Big Fork, and is about a hundred miles back in Ovando. Lindsey Shepard has scratched from the northbound race.

Yo-yo rider Billy Rice is just a few miles away from crossing the United States border into Montana. He still has to reel in about a hundred more miles to catch his first active “blue dot,” lanterne rouge rider Mark Berria of Idaho. (Edit: Rice reported bumping into Ralph Yukon Krauss in Eureka, Montana, who is still racing and that would make him the current TD lanterne rouge.)