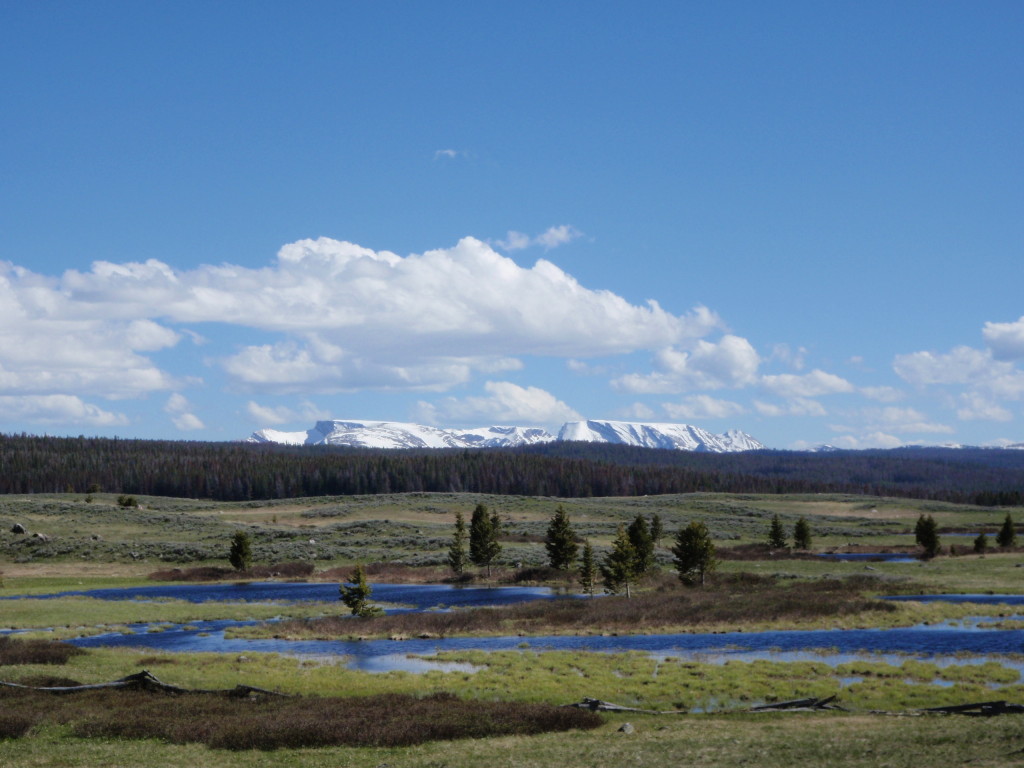 Union Pass during the 2009 Tour Divide.

With five and a half days on the 2013 Tour Divide race clock, second-position rider Mike Hall had closed the gap on leader Craig Stappler to within ten miles as the two started the climb up Union Pass, a twelve-mile grunt that tops out 10,000 feet and the follows a high, often snow-crusted plateau before dropping into the small town of Pinedale. It’s nearly sixty miles of sagebrush, cattle, high-alpine lakes, and not much else. Both Stappler and Hall were entering a night when temperatures were expected to drop well below freezing.

Stappler was already 18 hours and nearly 200 miles into another long day that began near Island Park, Idaho. Hall had camped not far behind, stopping for about seven hours, but was able to reel in Stappler over the course of the day. Both reported a fairly smooth run through the Tetons in western Wyoming. There was road construction on the Rockefeller Parkway but they were not required to ride in the pilot car. Stappler reported that Brooks Lake Road — notorious for being snow-covered and muddy and almost entirely unrideable — was completely dry. Hall briefly missed the turnoff to Brooks Lake, but caught his mistake early for about a 15-minute detour. There were reports of strong gusting wind, rain, and hail near Flagg Ranch Road, but the bad weather didn’t seem to slow their pace.

Third position rider Jesse Carlsson was about a hundred miles behind Stappler and Hall, still traveling close to the current record pace. The top six riders are all from outside the United States. The top American rider, Markley Anderson of St. George, Virginia, is in seventh position in Lima, more than 250 miles behind the leaders.

Another subcategory some fans are watching is the singlespeed race, a field of eleven currently led by Scott McConnell of Brentwood, Tennessee. Although nearly 400 miles behind the leaders now, McConnell could still be in position to challenge the current singlespeed record of 19 days and 21 minutes, set by Chris Plesko in 2009.

Sara Dallman continues to lead the women’s race in Butte, now about a hundred miles behind record pace. After taking a day off to rest her ankles, Kristen Arnold is chipping away at Dallman’s lead, and is about a half day back in Helena as of this writing.

With clear weather expected across much of the region for the next day, night temperatures should be clear and cold, especially at the higher elevations. Those traveling light and fast may have a tougher time staying warm when stopped at temperatures well below freezing, which may mean they simply keep moving, into another long day across central Wyoming.

Track the Tour Divide at trackleaders.com.