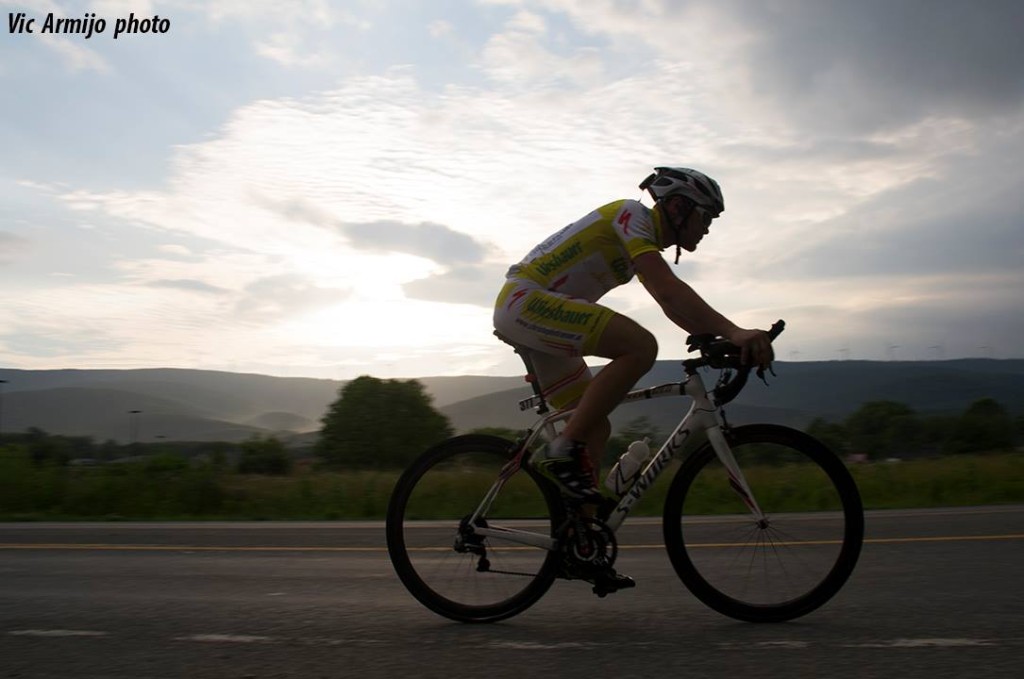 Christoph Strasser set a new record for bicycling across the United States.

Austrian Christoph Strasser was the first solo rider to reach Annapolis, Maryland, in the 2013 Race Across America, arriving at the finish on Wednesday. In winning his second Race Across America in a record time of 7 days, 22 hours and 11 minutes with an overall average speed of 15.56 mph, Austrian Christoph Strasser is the first rider ever to finish RAAM in fewer than eight days.

Pete Penseyes’ record of 15.4 mph average speed across the continent, set back in 1986, also fell when Strasser crossed the finish line. After finishing the race, Strasser said, “It’s so great I can’t even realize it, because the record — it was from back in 1986 — when I was just 3 years old. It is unbelievable for me because I was not planning on doing this record before the race. I was just trying to be as fast as possible. When I was thinking that it can be possible if everything works out, but it was not my concrete plan to do it. So I am really surprised that it has worked so nice.”

While Strasser was up on stage following his finish, RAAM owner Fred Boethling called Penseyres on the phone. He held the photo to his microphone so the audience could hear the former record holder’s reaction. “Christoph you are awesome! That was the most incredible cross-country ride ever,” Penseyres told Strasser.

In the comeback story of the race, Maria Parker leads the solo women’s division, despite a major setback after follow car was rear-ended in Arizona. The collision destroyed her two back-up bikes and totaled the van. Although she had officially withdrawn from the race, within a day her crew regrouped, acquired another van, and asked for Parker to be re-entered into the race. Back on the road, Parker upped her pace to make up time and then some.

While Parker is in the age 50-plus category, she passed under-50 leader Cassie Schumacher in Kansas even though her team was operating a skeleton crew while a crew member sought to repair her back-up bikes. She was within 500 miles of the finish ten days into the race.