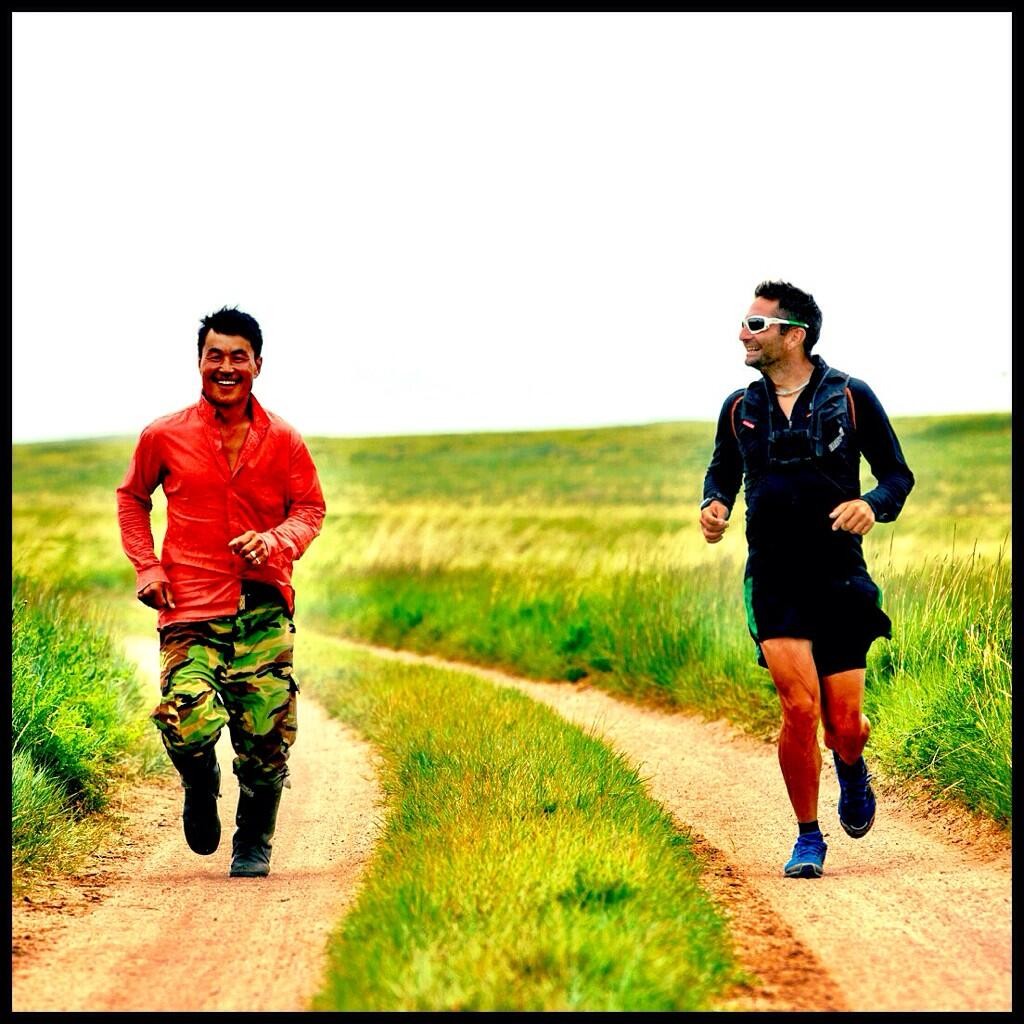 On the list of “compelling adventures to follow” is Canadian adventurer Ray Zahab’s current attempt to run 2,300 kilometers across the Gobi Desert in approximately 35 days.

Via live-tracking, photos, and video, Zahab is broadcasting a unique view into the landscape and culture of one of the least populated, desolate, and remote expanses on Earth. He began his trek on June 23 along with a teammate, Kevin Lin, who has since dropped back due to injury but is still out there running a few hundred kilometers behind Zahab. Zahab continues to cover about 70 kilometers a day while battling thunderstorms, heat, sandstorms, and near-constant fierce winds that whip down from the Altai Mountains.

Although the expedition is supported, the remote nature of the region means Zahab only comes in contact with his crew once or twice a day, and must otherwise pack large amounts of water and other supplies. He carries emergency gear in case his crew is unable to access a resupply point.

During his daily 40-mile runs, Zahab documents his interactions with Mongolian families, their nomadic culture and customs. There are days Zahab spends almost entirely alone running across grassy fields and over shifting sanddunes, and others that find him in the midst of riotous celebrations, horse races, and other local festivals. He visits farms, schools, and religious shrines, plays pool with villagers, and shares traditional meals with families in their yurts.

Although the Gobi terrain and climate presents challenging conditions for running, Zahab is no stranger to extreme conditions. In 2006 and 2007, he was part of an extreme running team that ran across the Sahara in 111 days. In 2010, he ran across the frozen surface Lake Baikal in Siberia, dragging weeks of food and supplies behind him in a sled. In 2011, he ran across the Atacama Desert, and then later in 115 degrees in Death Valley.

Follow Ray Zahab’s progress at his expedition tracker, and check him out on Twitter for photos along the way.